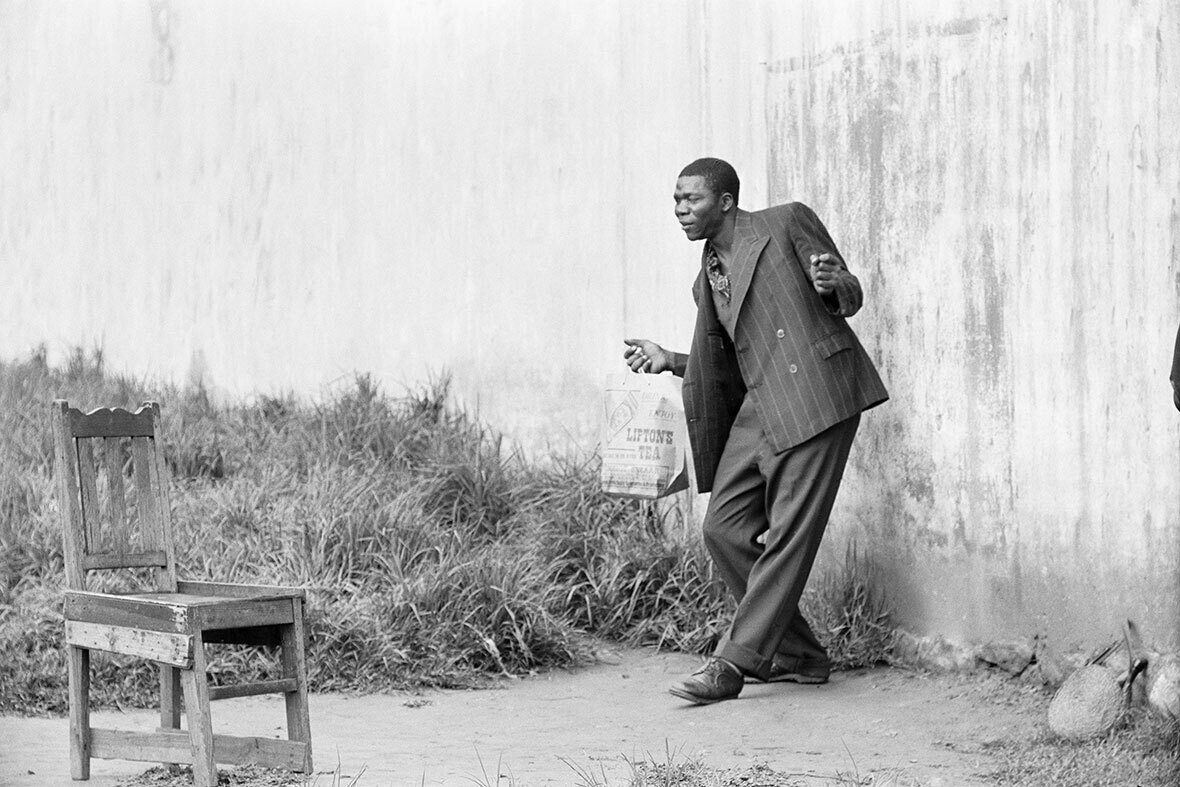 A Johannesburg resident for 70 years, Goldblatt worked until shortly before his death in 2018, building a formidable body of work. In the words of art critic and commentator Mark Gevisser, Goldblatt cast “so clear an eye over the South African landscape […] that he has become the country’s visual conscience.”

Aged 17, Goldblatt would hitchhike to the city from Randfontein, the small mining town where he was born. Walking until the next morning, he’d talk to night watchmen, while following his intuition. “People would ask me what I was doing, and I would say, ‘I’m poe-ging. I’m walking around the city; I’m learning the city, and trying to take photographs,” Goldblatt has explained. The process became the foundation of his practice.

His subtle approach; documenting a specific moment, the intimate dialogue between himself and his subject, has enabled his work to uncover the difficult realities of a society: racial inequality, trauma and injustice. His work is a document of lived experience for South Africans.

Work from Goldblatt’s 1972 photographic essay on Soweto, later the epicentre for the 1976 uprising, is central to the exhibition. Goldblatt’s images display sports and religious gatherings, domestic scenes, shopkeepers and children at play.

While his expansive project Structures of Dominion and Democracy, which spans a long era of dominion followed by the precarious post-apartheid period of democracy, includes early prints handmade in the photographer’s darkroom.

Goldblatt is also represented in the 2020 permanent display at Tate Modern, which re-opens 27th July.