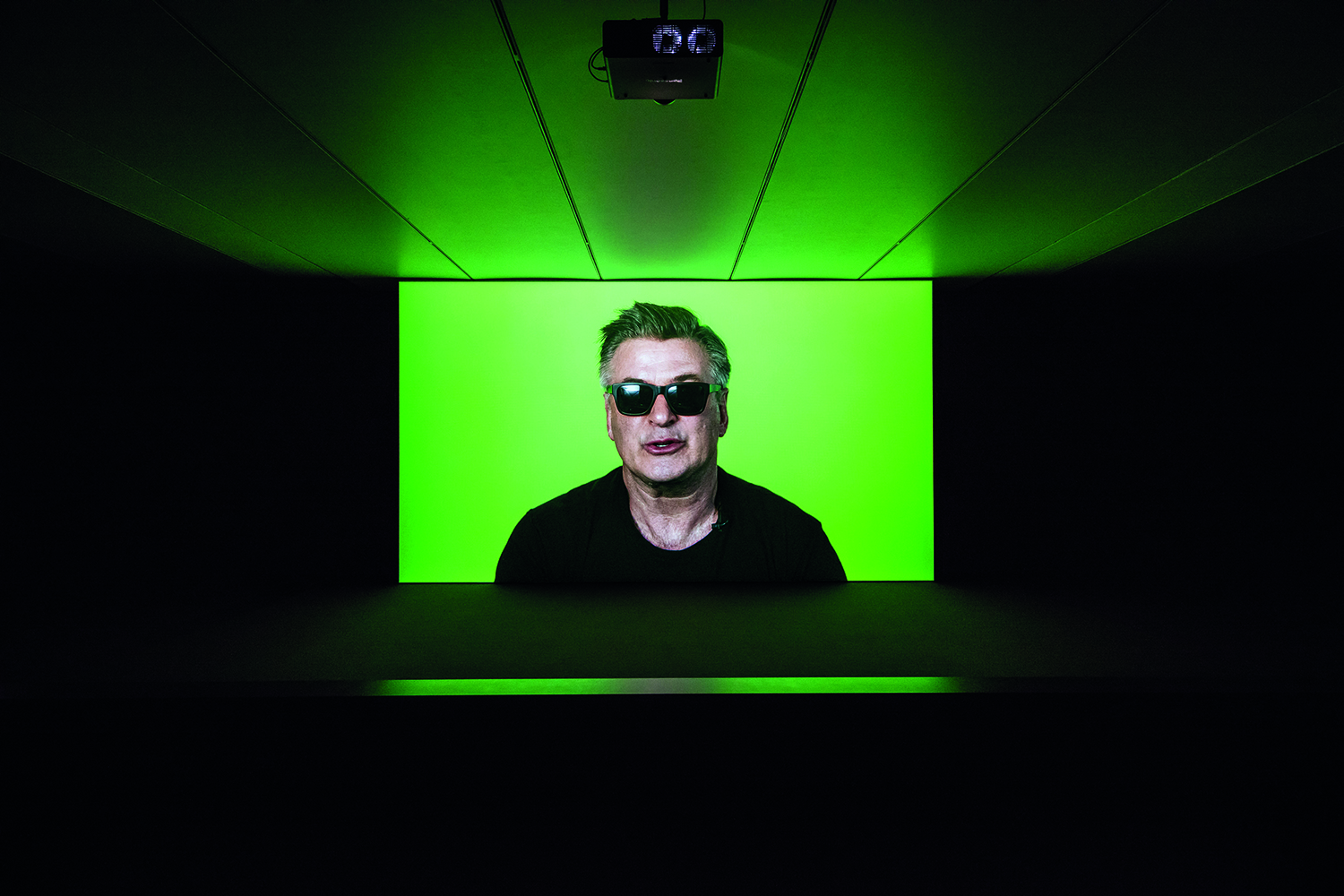 South Africa’s Goodman Gallery has committed to a programme promoting social justice since it was founded in 1966. Now Liza Essers, its principal since 2008, is set to open an overseas space on Cork Street, bringing pioneering voices from Africa and beyond to London.

South Africa’s Goodman Gallery has committed to a programme promoting social justice since it was founded in 1966. Now Liza Essers, its principal since 2008, is set to open an overseas space on Cork Street, bringing pioneering voices from Africa and beyond to London.

When the art dealer Liza Essers bought South Africa’s Goodman Gallery from its founder Linda Goodman (now Givon) back in 2008, she was not tempted to put her own name on the door. “It was never an option for me. The gallery is bigger than any individual and I hope it will continue long after my time on this earth,” Essers says. It’s a sentiment that encapsulates the gallerist, both in terms of her perspective and ambition, and underscores the ethos of a gallery that goes beyond a traditional trade of art.

Founded in Johannesburg’s northern suburbs in 1966, Goodman Gallery has been at the forefront of some of South Africa’s most defining moments of recent history. Operating through the apartheid regime, while representing black as well as white artists, meant some challenging times. In a film marking the gallery’s 50 years of business, its artist Sam Nhlengethwa recalls events in the gallery’s early days, when black people were restricted from entering the neighbourhood. “Drinks would be served and someone would be
standing at the door watching for the police,” he says. When law enforcement inevitably came, “the [black] artists changed into some white jackets, like they were serving,” Nhlengethwa says.

In the post-apartheid era, there are still many reasons to take a stand, Essers says. “The gallery was ahead of its time and stood for social justice. It’s important to continue that legacy,” she says. This has not been without further challenges. Back in 2012, a painting by Brett Murray that displayed the genitals of South Africa’s thenpresident, Jacob Zuma, led to condemnation, legal proceedings (subsequently dropped) and vandalism. The gallery’s artists remain grateful for its role as a platform for what they want to say. “Liza supports anything I do – and sells it – which means I can keep doing it,” says the multi-media artist Mikhael Subotzky. His most recent show at Goodman Gallery in Johannesburg questioned historic racial hierarchies, including the normalisation of whiteness.

The gallery’s work to affect change isn’t limited to showing confrontational art. “There is huge inequality now in South Africa, with unemployment at 50 per cent of the population and many people living without access to education and healthcare,” Essers says. So, this summer, her gallery hosted a multi-million dollar fundraiser for Johannesburg’s Witkoppen Health and Welfare Clinic, a non-profit whose services include screening for symptoms of HIV and TB in areas where more than 70 per cent of residents live below the poverty line. Every day, Essers says, local school children arrive by bus to get an early cultural experience at the Johannesburg gallery.

Goodman Gallery also has a space in Cape Town, but its outlook has long been international– it first showed at the prestigious Art Basel fair in 1982. One change that Essers wrought though was to widen the gallery’s roster of artists outside of Africa. “Our artists demonstrate a commitment to confronting entrenched power structures, that’s a global discourse now,” she says. So, alongside her country’s artistic heroes, including William Kentridge, David Goldblatt and the recently-deceased David Koloane, its represented contemporary artists include Candice Breitz, Chilean-born Alfredo Jaar and Iran’s Shirin Neshat. While more than half of the 30-plus artists that Essers has added to the gallery’s roster are women.

Essers’ first overseas opening in London feels like a long-awaited natural step – and she isn’t doing it by halves. Having scoured the city for years for the best spot (she says she has looked at more than 50 potential spaces), Essers settled on 5,730 sq ft at 26 Cork Street. As the first gallery to commit to the recently-developed buildings, Essers has a prime ground-floor spot, flexible enough to accommodate anything from domesticsized paintings to large-scale installation and video works. She was, she says, attracted by the street’s history as an art dealing centre. “Joan Miró and Francis Bacon had their first London shows here. One day I hope it is just as significant that Grada Kilomba [a Lisbon-born visual artist and writer] did too.”

Cork’s Street’s 21st-century revamp was also key to Essers’s South African perspective.“The space is unencumbered by colonial era architecture,” she says. Plus, unlike other art world players, Essers has not been put off by the uncertainties of Brexit, quite the reverse. She describes the global political backdrop as a “moment of heightened nationalist sentiment propelled by populist politics,” adding that “A programme that questions entrenched narratives could be interesting for London right now.” 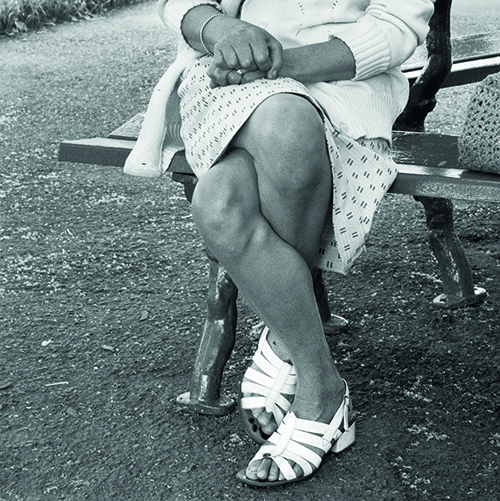 The gallery’s commitment to social justice will be immediately evident in the London space, due to open this Autumn. Forthcoming exhibitions on the slate include a Jaar solo show, marking the 25th year of the Rwandan genocide, whose aftermath he documented in depth. Within this show, Jaar will also address ongoing examples of genocide, Essers says. Also in the planning is a group show with the working title The Scale of the Wound. “I’ve asked the artists to think about approaches to healing and social repair, which seem to have an urgency around them right now,” she says.

Essers has no plans to leave Johannesburg– where her heart and family reside – but has gathered an impressive team for the London space.This will be headed by Jo Stella-Sawicka, previously the artistic director of the Frieze art fair, while Emma Menell, founder of London’s Tyburn Gallery in 2015, is shutting shop to become a partner and director at Goodman Gallery in London. “There’s a good foundation in place already,” Essers says. Other high-profile appointments to the gallery’s curatorial team are also on the cards.

The gallery’s expansion comes at a time when curatorial and market interest in art from Africa and its diaspora has grown considerably. South Africa has also seen an influx of new institutions including the Zeitz Museum of Contemporary Art Africa and the Norval Foundation and Sculpture Garden, both in Cape Town. In Johannesburg, Kentridge recently founded an artist incubator called The Centre for the Less Good Idea. “There is a huge spike in interest, which goes beyond a fashionable moment,” Essers says. There is more work to do though, she says, and behind her London opening is a desire to keep banging the drum for the under-represented messages of African and other artists. “Being closer to institutions in Europe and the US is a huge factor in my thinking. It will take years to redress the balance,” she says. London is lucky to have her continue the process here.