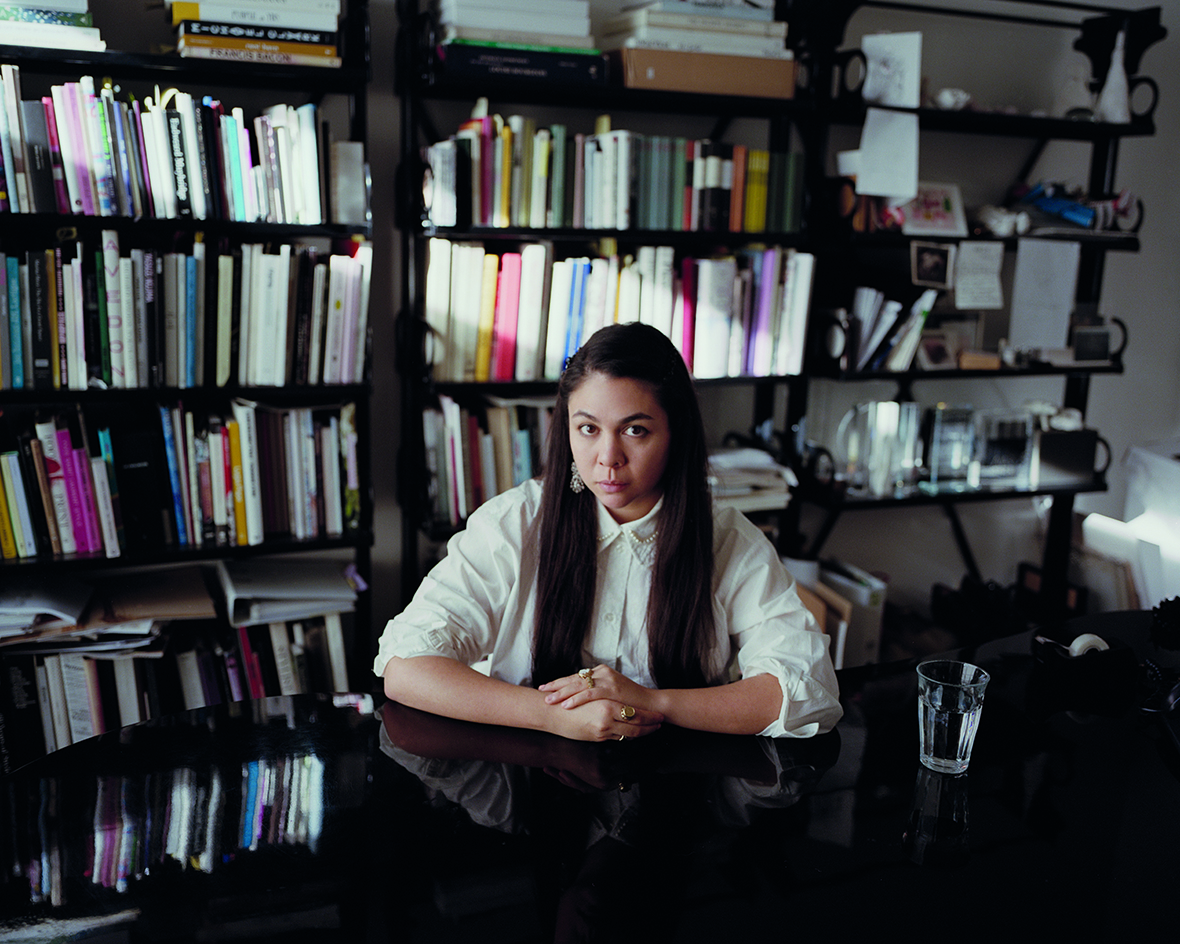 Simone Rocha: My Life in Art

From fabric to the limited-edition page, fashion designer Simone Rocha is fuelled by art, creating Bourgeois clothes with a capital ‘B’.

Simone Rocha graduated from the prestigious Central Saint Martin’s Fashion MA in 2010 and debuted at London Fashion week the same year, landing with a collection that had the sure hand it takes some years to achieve. Perhaps it shouldn’t be surprising, growing up in a creative family – her father is the designer John Rocha, so she’s been around clothes her entire life. Fascinated with uniforms (school dress, nurses’ attire), for a period as a teenager, she made art before realising that fashion was her language after all – and she could imbue it with all of the creative flavour she wanted to.

The Rocha look revolves around elements of the historical, masculine and feminine; polarities in constant flux while somehow remaining defiantly – and definitely – Simone. For all their assertiveness, her garments have the ease of being forgotten about once they’re on – as good fashion should – allowing her women to get on with things, uninhibited. There are plenty of things to get on with, having collaborated with the likes of Jackie Nickerson and Roni Horn, creating limited-edition books now long gone. Contextual projects are a passion of the London based, Dublin-born designer. Kim Gordon collaborated with Rocha to produce one of her ‘flung’ photographs for Studio Voltaire, with one of the designer’s red dresses crashed in expelled energy on the floor. Whilst for Autumn/Winter 19, her collection in store now, Rocha worked with the Louise Bourgeois foundation to reimagine the artist’s fabric works into prints and embroideries. The collaboration continued into two styles of limited-edition earrings produced with Hauser & Wirth and released during Frieze New York.Visit one of Rocha’s shops, however, and it’s not just Bourgeois you’ll find: her environments feature works by the likes of Robert Rauschenberg and Ren Ri.

The art that impacted me.
Most likely the Louise Bourgeois hanging sculptures; the fact they are soft, of the human form but made of textile. I always felt really connected to them; the hand stitching on this giant mass. Making something intimate yet strong and present. 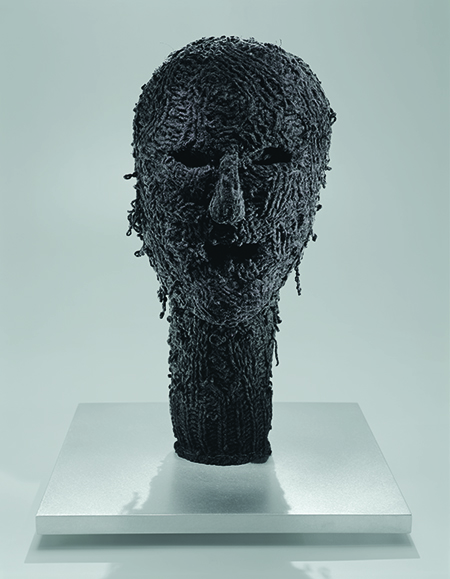 The art that influenced my collection.
This season I worked with the Louise Bourgeois studio, reimagining some of her tapestry works. Orignally made with her own clothing, they were cut-up and appliquéd into almost tapestry wheels. Theyinfluenced my collection fabrics as well as some of the silhouettes, which were made with a huge voume to best show the original works.

The exhibition that captivated me.
The Rachel Whiteread Drawings exhibition at Tate Britain, 2010. I was blown away by her drawings – their colours and lines, and of course her sculptures I am obsessed with.

The art of collaboration.
I love making books. I really enjoy bringing people I admire together, collaging and contrasting different artists and photographers whose work speaks to me during a collection. Each occasion is different: with Jackie [Nickerson] it was a collaboration as I was really taken with a body of her work that she had in the National Gallery Of Ireland, displayed in contrast with old masters. She influenced a whole collection, then we wanted to make images together. Whereas Roni [Horn] was carte blanche – she said she wanted to give me flowers, as interpreted by her ‘roses’ cuttings.

The art that I’d most like to own.
‘King Charles II’, 1630 and ‘Henrietta Maria’, circa 1635, both by unknown artists. I love them hanging together in the National Portrait Gallery, meeting in the corner of the room. And their poses, their colour, their framing.

The art of placement.
There’s a real mix of work in my stores; some pieces are from my family collection, some were I stalled just for the space and others have been physical inspiration pieces that now live in the store. The Issue in my own home is I really like pieces having space to breathe! This is very natural in Wooster Street, New York, whereas in Mount Street, London, they are more integrated.

The art of contrast.
I wouldn’t really call myself a collector, more a friend. But I do like pieces that are of a high and low value and I find just as much inspiration in a tiny sculpture as a found photograph in a market or a book in a sale bin. I love a mix of mediums: heavy oil painting, documentary photography and feminine physical sculptures.