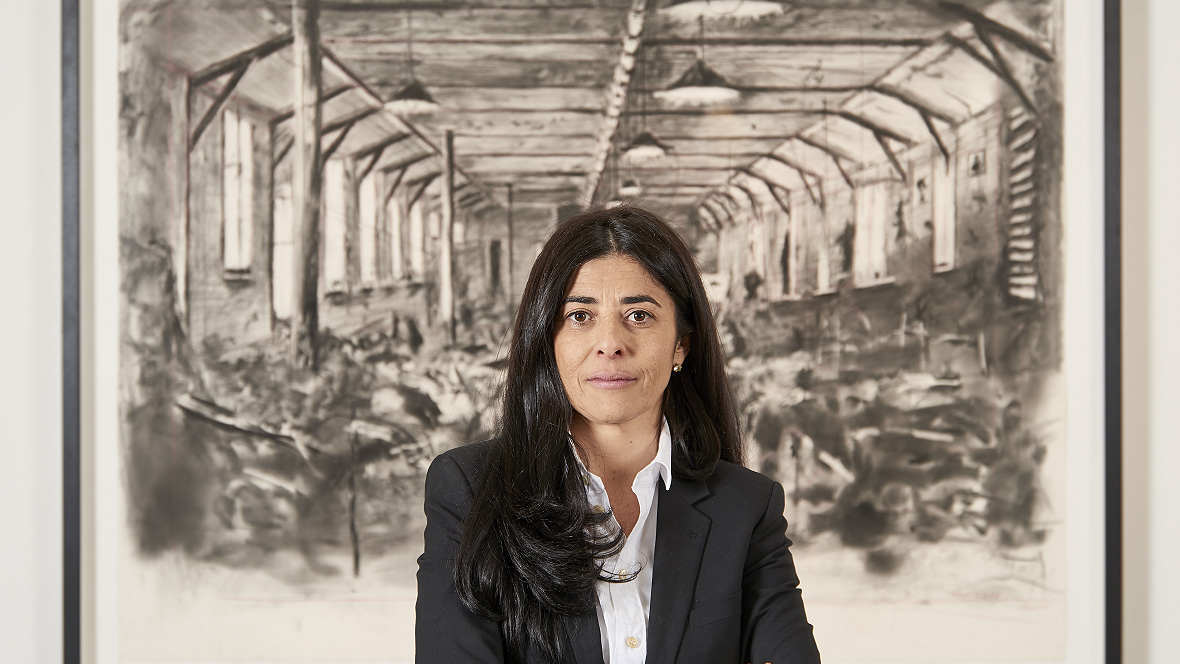 Goodman Gallery, a pre-eminent art gallery on the African continent, is celebrated as the first gallery on Cork Street,occupying the Rogers Stirk Harbour + Partners designed space at number 26.

Ushering in a new era for modern and contemporary art in London, the gallery, founded in 1966, arrives with a reputation for platforming art that challenges the limits of freedom of expression and champions social justice, representing established and emerging artists from postcolonial contexts, such as Africa and Latin America, as well as artists from the Middle East and the African Diaspora.

As owner and director for the past 11 years, Liza Essers has brought over 30 international artists to the Goodman roster, of which 50% are women. The London space complements its two existing galleries in Cape Town and Johannesburg, South Africa.

“This historic street brought exhibitions by Joan Miro and Francis Bacon to London for the first time. It is a thrilling responsibility to be expanding on, but also challenging, this history by bringing new perspectives from Africa and beyond,” says Essers. “I hope that one day Cork Street will also be known to host the first London exhibitions for Candice Breitz, Grada Kilomba and Kudzanai Chiurai, among others. It is important to me that the gallery exists within the heart of London, accessible to all and modern in design, playing more of a front-line role in shaping international arts discourse.”