Cork Street is pleased to announce its timely programming for the occasion of Frieze week 2022, a beloved arrival point in London’s art year and the busiest and most exciting week in London’s art calendar.

During Frieze London and Frieze Masters running 12-16 October, the spiritual home of modern and contemporary art welcomes visitors to its Mayfair galleries with 20 highlighted exhibitions and extended opening until 20:00 on Thursday 13 October: Frieze West End Night.

A number of special events are not to be missed: Bernar Venet is to create 100 unique artworks for a charitable donation at Waddington Custot (13 October); Tschabalala Self will be in conversation with Ekow Eshun, writer and curator of In the Black Fantastic, at Pilar Corrias (15 October); and, at No.9 Cork Street, the Financial Times will take over the downstairs events space with an immersive pop-up show (15 and 16 October).

In partnership with the British Council, Cork Street is thrilled to announce Sonia Boyce OBE RA as the artist for its Cork Street Galleries Banners Commission 2022, inviting art into the open air above the street, creating a new public art destination. 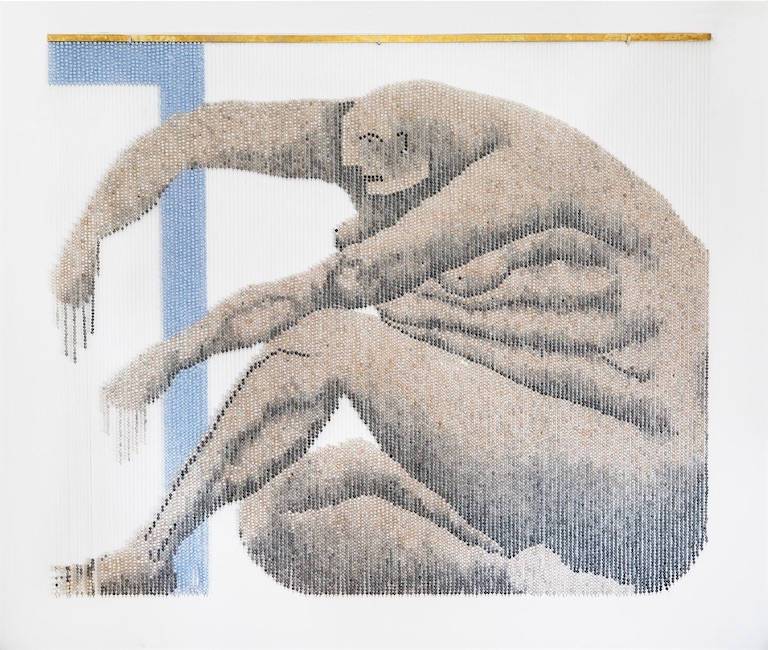 On the ground-floor gallery space will be the first UK solo survey of London-born, New York-based conceptual artist James Nares, bringing together works across Nares’ five-decade career from the 1970s to the present. Upstairs in Gallery 2 will be a solo presentation of Zoë Paul, titled Shadows over the bright and darkened lands of the earth, showing a series of three large-scale bead curtains made from handmade stoneware, terra cotta, and porcelain depicting the forms of three naked figures suspended in motion. Gallery 3 brings together a selection of new works by Los Angeles-based artists Mustafa Ali Clayton, Michelle Blade, Karon Davis, and February James. Titled The Air Upon You, the exhibition brings each artist’s explorations of the figurative into dialogue with one another.

The Financial Times will take over No.9 Cork Street’s downstairs events space on Saturday 15 and Sunday 16 October, hosting an immersive pop-up show. The exhibitions by Kasmin Gallery, blank projects and Wilding Cran continue until 22 October.

Alon Zakaim (27 Cork Street) presents Impressionism & Beyond – an exhibition that chronologically charts the course of French modern art from c.1850 – 1950, and showcases a high-quality collection of works displayed together for the first time. The exhibition opens with an introduction to the neo-classicist movement of academicism, highlighting a selection of works that capture the essence of government approved Parisian art at the time, including the breath-taking orientalist work of the great French master Jean-Léon Gérôme. Showing until 21 October. 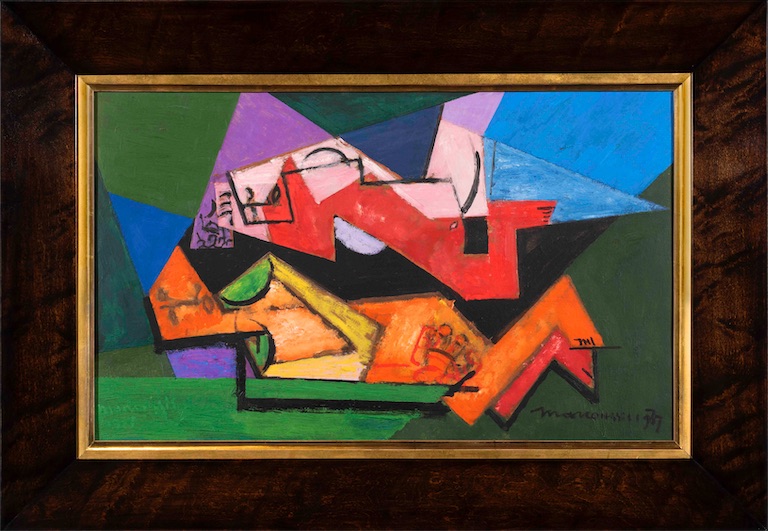 Browse & Darby (19 Cork Street) will showcase the latest work from Brooklyn-based contemporary artist, Avital Burg, in association with Crean & Company during October. Textures of Time marks Burg’s first solo show in the UK, with a new series of still-lifes and portraits. Likening her practice to a form of ‘visual journaling’, Burg’s paintings contemplate the essence and passing of time. From urban wildflowers picked near her home, to annual birthday self-portraits, each painting carries an anecdotal significance, a memento to a particular moment in her life. Showing until 3 November. 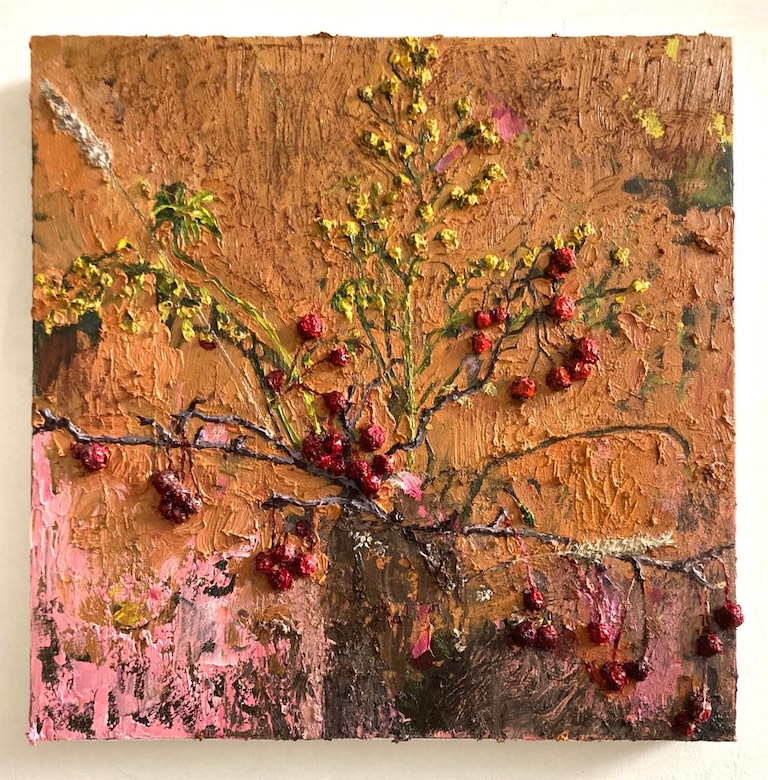 Flowers Gallery (21 Cork Street) launches an exhibition of new work by Edward Burtynsky produced across the African continent between 2015-19. Burtynsky’s works chronicle the major themes of terraforming, extraction, agriculture and urbanisation, developing a long-standing preoccupation with the unsettling reality of the human imprint on the planet. In African Studies, Burtynsky reflects on landscapes undergoing rapid industrial and manufacturing expansion. Showing until 19 November. 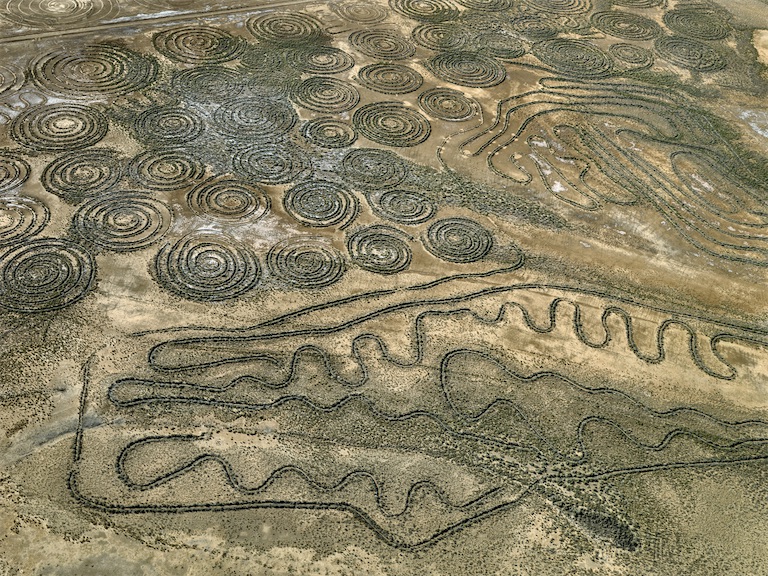 Goodman Gallery (26 Cork Street) presents Oh To Believe in Another World, William Kentridge’s first solo exhibition with Goodman Gallery in London that marks thirty years of representation by the gallery. The exhibition premieres the artist’s latest major work, an immersive five-channel projection made in response to Dmitri Shostakovich’s Symphony No.10. The installation lends the exhibition its evocative title – referencing utopia, our wish for it and the shadow it always casts. Showing until 12 November. 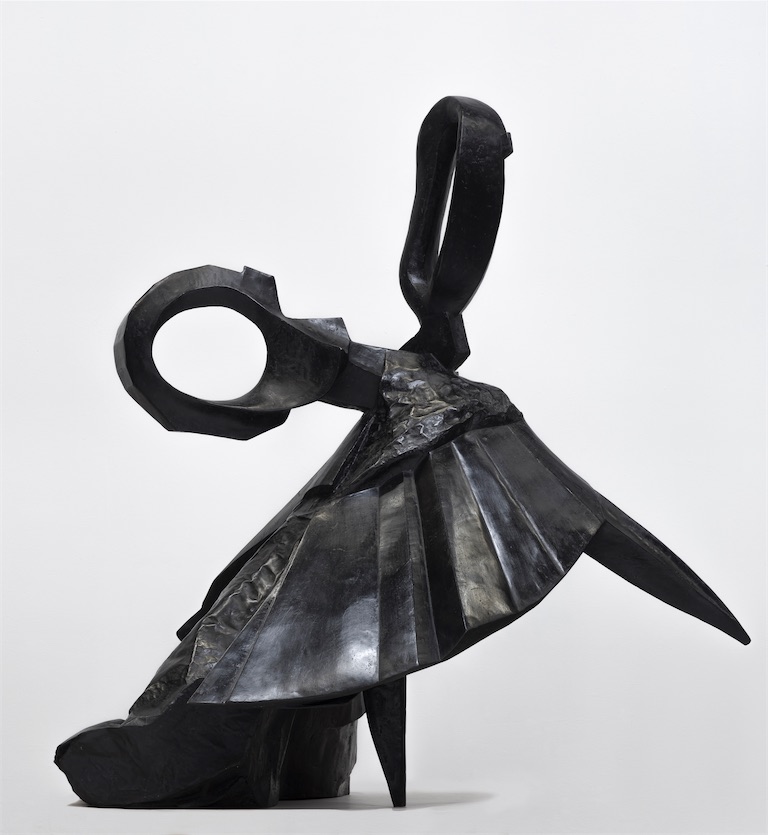 Holtermann Fine Art (30 Cork Street) present an exhibition of early plastic works made by Tony Cragg in the 1980s. Highlighting very current themes of salvaging and recycling found plastic pieces, Cragg conjures a sense of beauty and poignancy through this versatile material, understanding its sculptural and reproductive possibilities, but also with the awareness that it was already being found in the landscape, as a new industrial layer within the geological sediment of the modern world. Showing until 26 November. 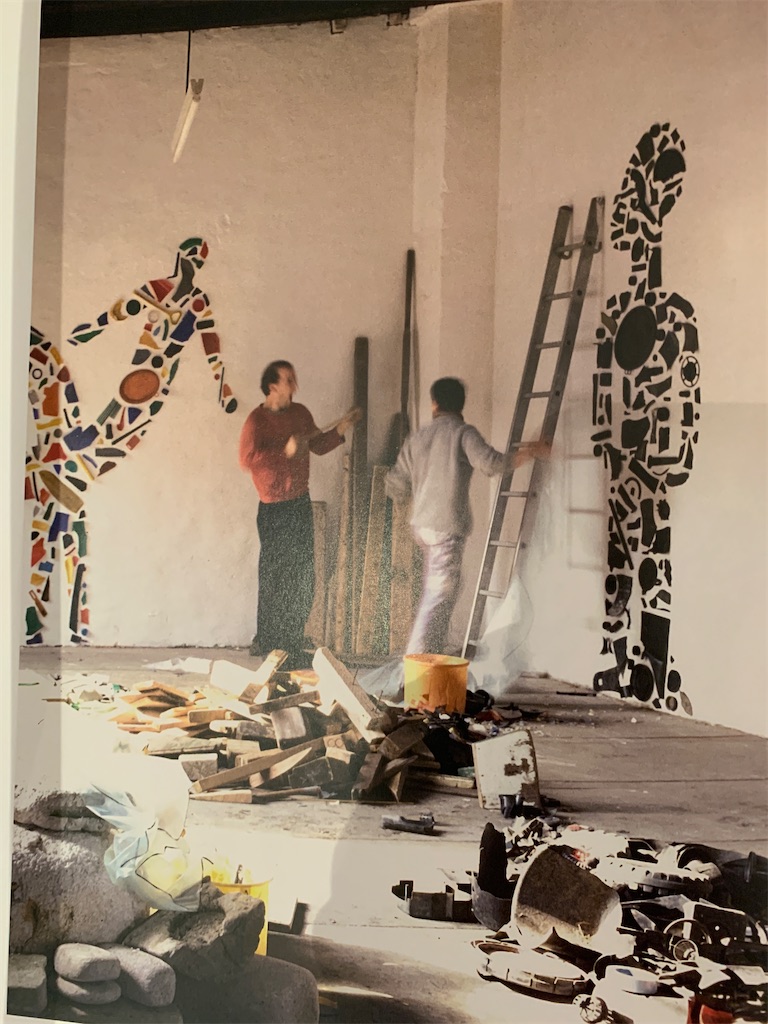 The Mayor Gallery (21 Cork Street) launches an exhibition of work by Raimund Girke, an influential figure of post-war German Art. Departing from Abstract Expressionism and initially influenced by the gestural – rhythmic abstraction of Art Informel, he became a forerunner of Analytical Painting committed to the investigation of the colour white: “white is emptiness, immateriality, calm and silence.” From 1956-7, reducing his palette to black and grey, Girke developed a painting style consisting of few colours and void of any figurative reference, taking the work to the extremes of white in 1959.

Women of Influence, meanwhile, showcases a selection of works from influential female artists of the 20th century spanning from the 1930s to 2000. Paintings, sculptures and works on paper by well-known names such as Mira Schendel and Cornelia Parker to recently rediscovered computer pioneer Vera Molnar and the poet and Surrealist Emmy Bridgwater. Both showing until 25 November. 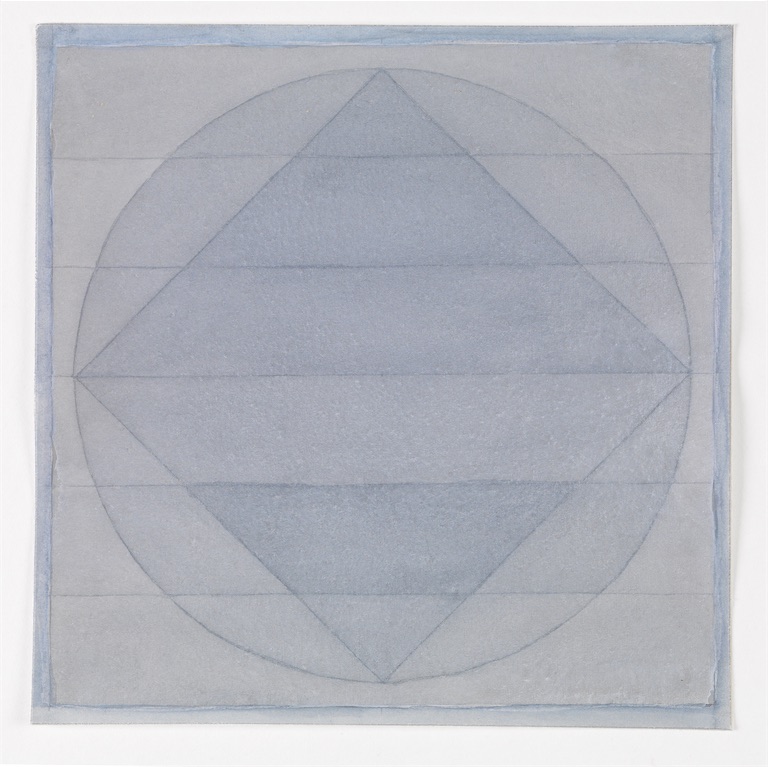 In stillness-Life presents portraits produced by leading contemporary figurative artist, Antony Williams, from 2000 until 2022. The exhibition will showcase two distinct series: portraits of his models over time and portraits of his landlady Margaret Robinson. The Margaret Robinson series, produced over a period of sixteen years, have been assembled from private collections for the exhibition and will be displayed together for the first time. Showing until 14 October.

The second exhibition, Helios, which opens on 23 October showcases the latest works by Richard Hoare. In them, he returns to a theme that extends the tendencies of all his work hitherto – dissolving greater into abstraction and away from the more literal figuration of his earlier work but nonetheless still rooted firmly in the landscape and most importantly, Light. Both showing until 14 October.

Nahmad Projects (2 Cork Street) presents antoni tàpies: alchemy. Tàpies (1923-2012) was a self-taught painter, sculptor, and philosopher, who became one of the most famous European artists of his generation. Spanning the final five decades of the artist’s oeuvre, the exhibition provides a rare glimpse into Tàpies’ surreal mind and the untold mysteries of the artist’s career via 14 large-scale paintings, created between 1952 and 2009. From his early exposure to Surrealism, to his fascination with Zen Buddhism, Tàpies’ late works underwent a pivotal period of focus upon symbolism, materiality and meditation, where art became a ritualistic practice. Showing until 16 December.

Saatchi Yates (6 Cork Street) presents Nokukhanya Langa’s debut exhibition, which delves into the world of modern media and internet culture while breaking the rules of traditional painting. Langa’s never-ending Hypnotic multi-coloured spirals and infinite gradients portray her interest in the loss of the image, and by extension, of reality. A playful reconfiguration of her own kaleidoscopic internal clutter, Langa’s work often features elements of childlike playfulness, personal histories, cultural undertones, allegories, fairy-tales, and tongue-in-cheek humour. Showing until 14 November. 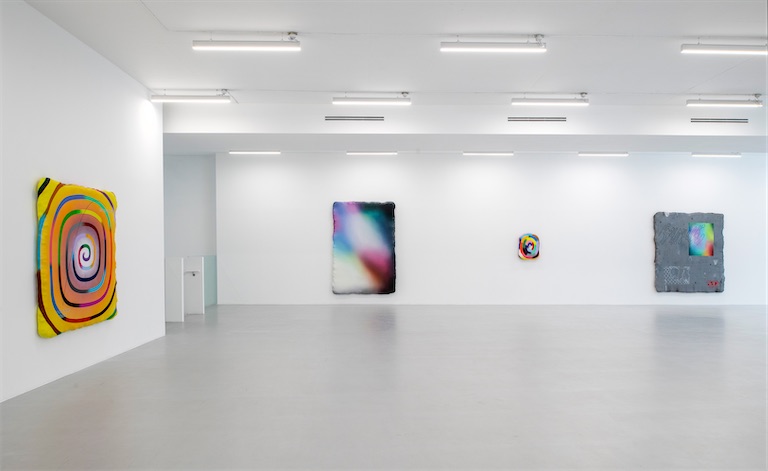 Pilar Corrias (54 Eastcastle Street) launches an exhibition of new paintings, drawings, sculptures and functional art objects by Tschabalala Self. A colloquial term for an introvert who prefers to stay within the confines of home, the show’s title Home Body underscores the inherent tensions at work in domestic settings, where socially prescribed identity and gender politics still furnish our so-called ‘safe spaces’. Depicting moments of intimacy, a new series of paintings, on view at Eastcastle Street, have been constructed as assemblages, combining various modes of expression such as sewn, painted and printed materials.

Tschabalala Self will be in conversation with Ekow Eshun, writer and curator of In the Black Fantastic at the gallery on Saturday 15 October at 12:00. Click here to reserve your space. The exhibition continues until 17 December. 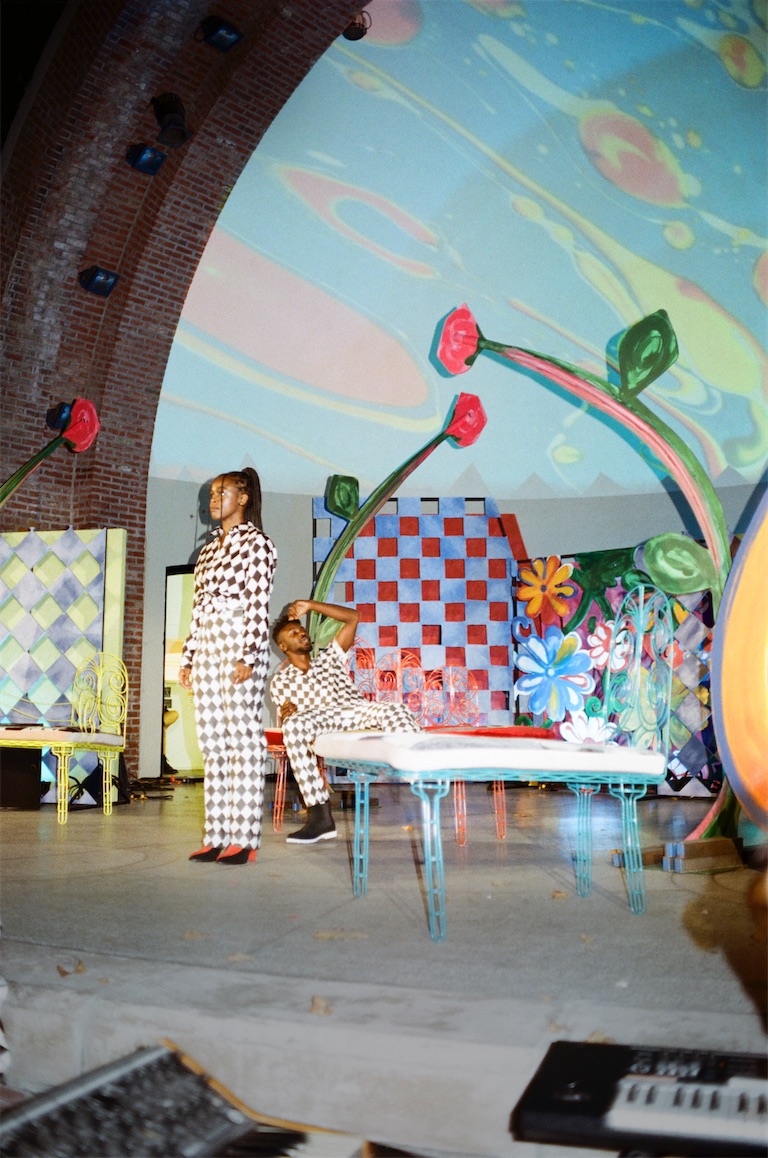 Ever since his first exhibition at The Redfern Gallery back in 1993, Danny Markey’s subjects have been found in the city in which he lives. Whether it be south London, Tokyo or Los Angeles, Markey has always been drawn to paint the humdrum but ephemeral aspects of city life, in particular shop fronts, car parks and motorways. Both showing until 21 October. 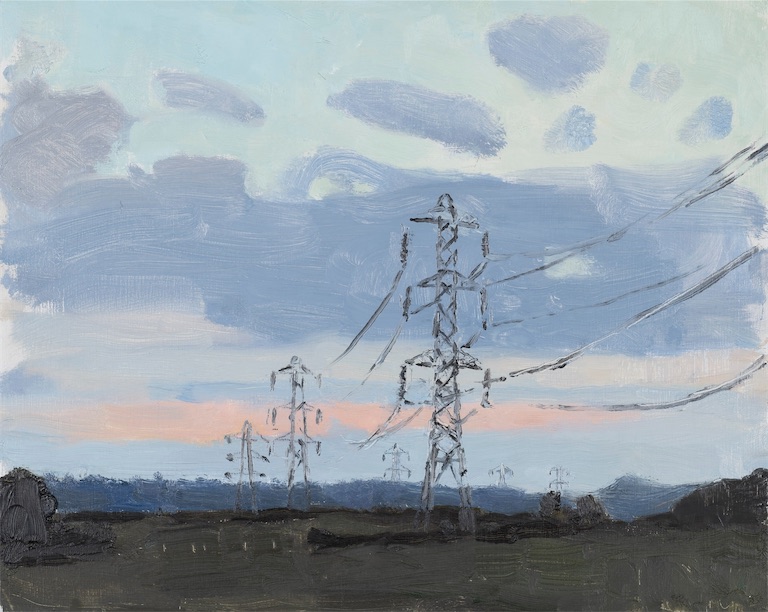 Stephen Friedman Gallery (25-28 Old Burlington Street) presents two solo exhibitions for October, one by Anne Rothenstein and another by Caroline Coon. Anne Rothenstein’s exhibition entitled Love of Place focuses on portraiture, interiors and landscapes, the show brings together a group of new paintings that Rothenstein has created in the last two years. It is the artist’s first exhibition with the gallery. Meanwhile a solo exhibition by Caroline Coon is entitled: ‘Love of Place’. Focusing on her local neighbourhood in West London, the show brings together a selection of the artist’s ‘Urban Landscapes’ made over the past twenty-five years. Scenes of everyday life depicting roadways, social housing and canals, shoppers and pram-pushing mothers, are peppered with subtle allusions to the city’s darker underbelly. Both showing until 5 November. 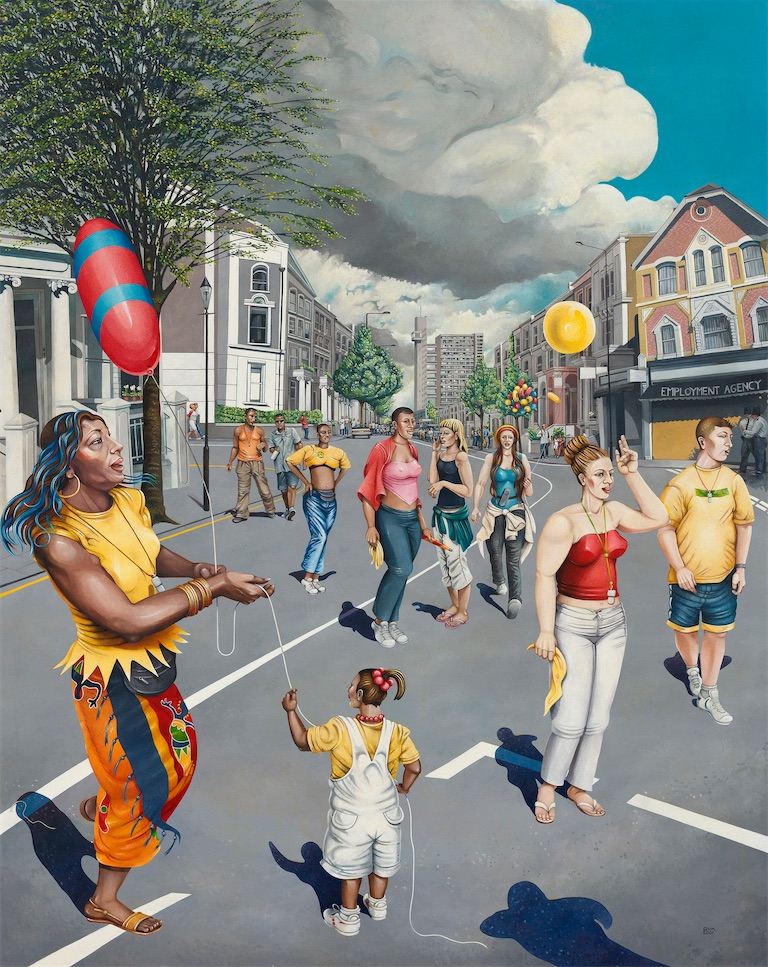 Waddington Custot (11-12 Cork Street) presents the first solo exhibition of French conceptual artist Bernar Venet in London. Titled Hypotheses, new Angles are shown, including large-scale sculptures in steel. These works, at once sculptural and graphic, define the ways in which the gallery can be navigated by the viewer. They will be exhibited together with drawings and smaller sculptures to offer a deeper understanding of the artist’s practice. Venet’s radical contribution to the history of art is to present mathematics as a worthy and interesting subject for art, for its clarity as a subject with no disagreement over its meaning.

The gallery hosts the special event Frieze Week Live Drawing With Bernar Venet on Thursday 13 October from 18:00, during which the artist will create 100 unique live drawings for guests in return for a charitable donation. Venet will also be signing copies of his latest monograph, published by Phaidon, and Phaidon Commissioning Editor Michele Robecchi will join the artist for a walk through of the exhibition at 18:45. Hypotheses continues until 12 November. 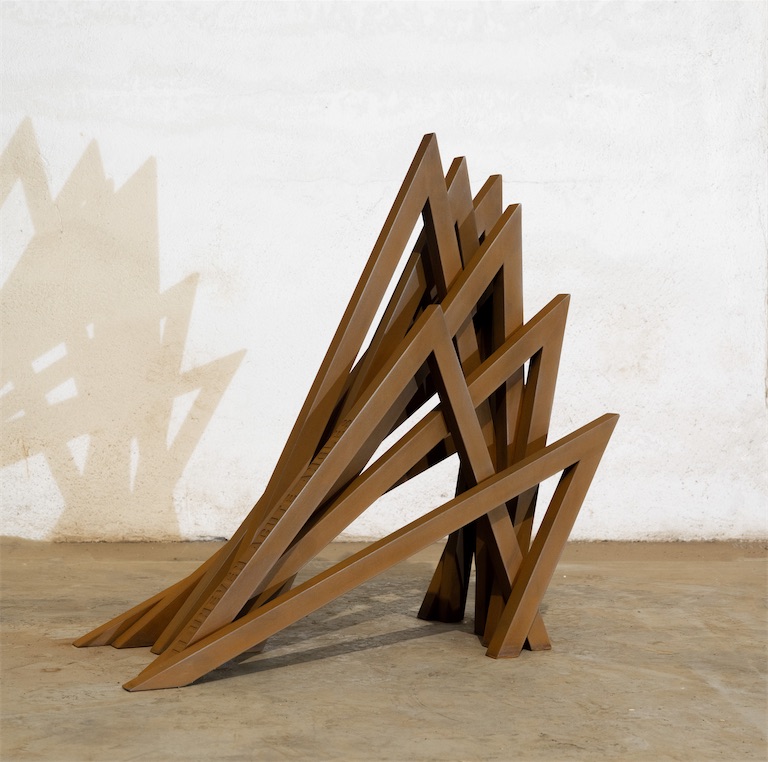