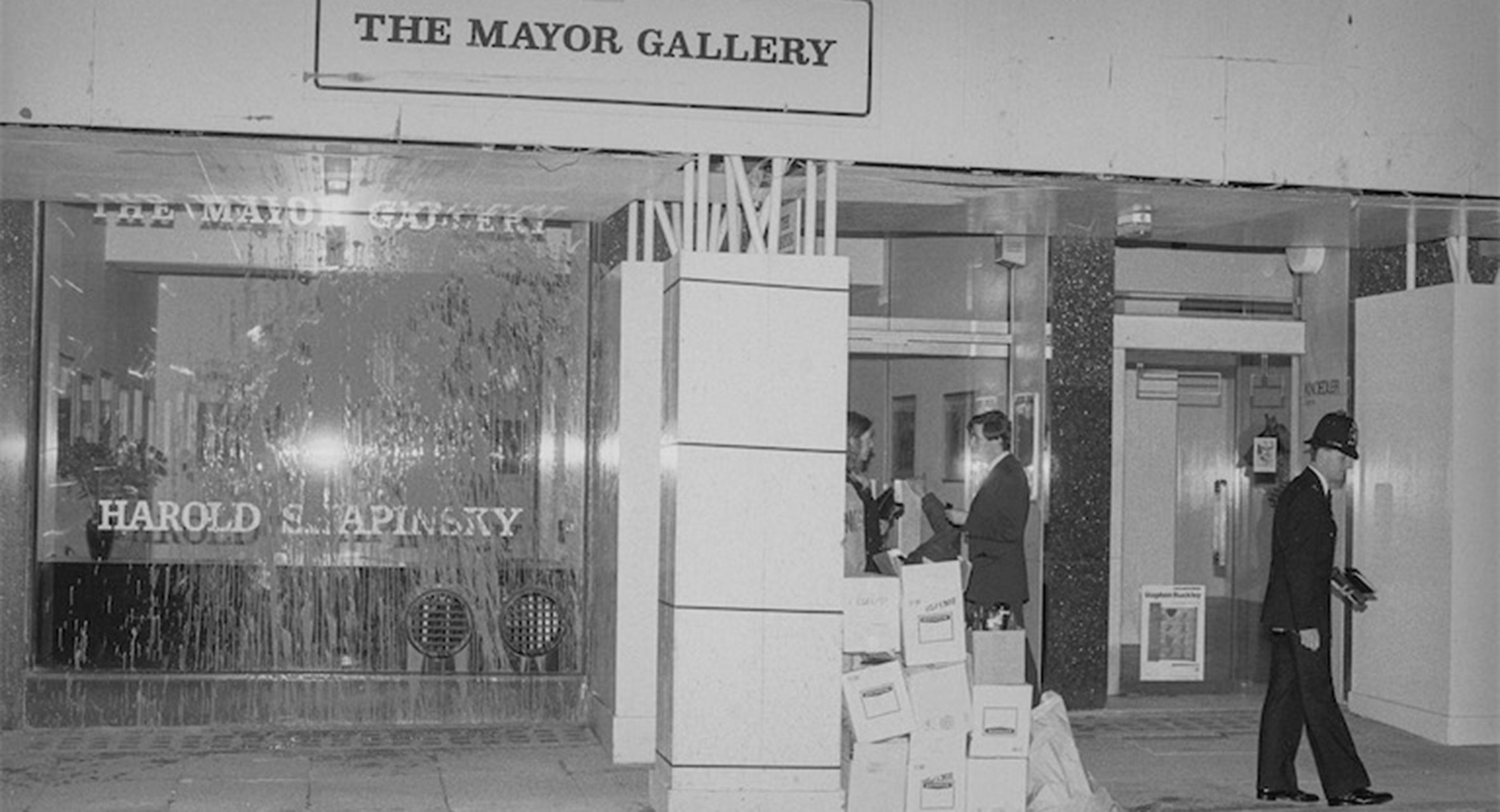 On 21st May 1985, the Grey Organisation staged an attack on the galleries at Cork Street. Now, almost 37 years later, the action is fêted in an exhibition at the The Mayor Gallery – one of the galleries they attacked. 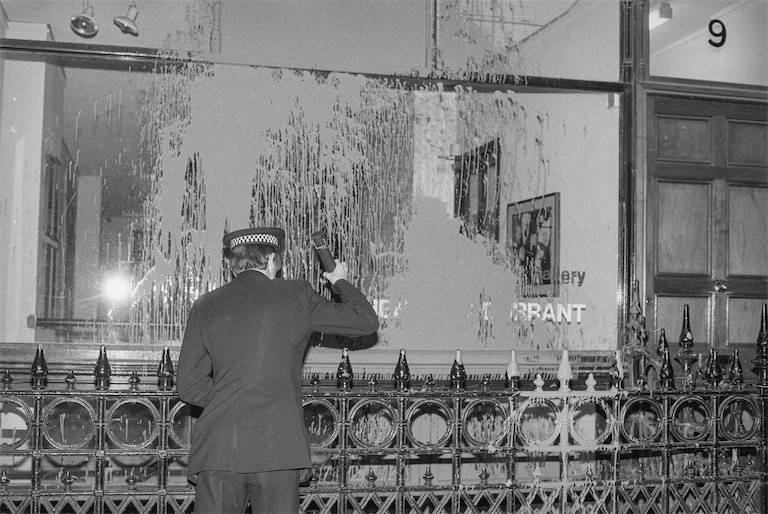 Comprising painter Toby Mott (its co-founder and spokesperson), Daniel Saccoccio (nee Clegg), Paul Spencer and the late Tim Burke, the Grey Organisation were a post-punk collective, living together in an end-of-terrace house in Bow, east London, that became notorious for staging anarchic events.

Their grey suits worn with a white shirt, fastened at the collar, marked a sombre dress code, chosen for a lack of allegiance to any institution or group. Embracing anonymity, they would reject the hero artist identity. 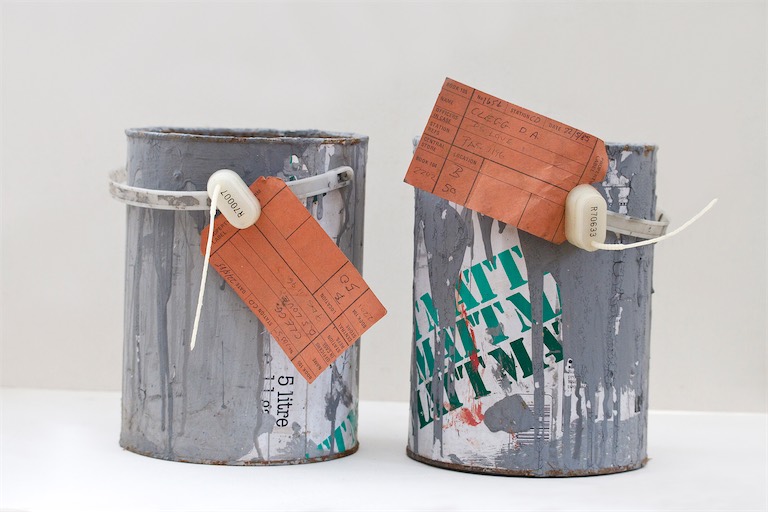 With its blend of corporate yuppie culture and Soviet monoculture, the GO embodied a reflection of the status quo of the Cold War and Thatcher’s Britain in the 1980s. They sat in the context of collectives of the time, such as General Idea, Gilbert & George, Neue Slowenische Kunst, BodyMap, the Neo Naturists, Creative Salvage, Art & Language, the House of Beauty and Culture, Mutoid Waste, Survival Research Laboratories, and Psychic TV, with which the organisation hosted Temporary Temple, a renegade concert in a disused church in North London. 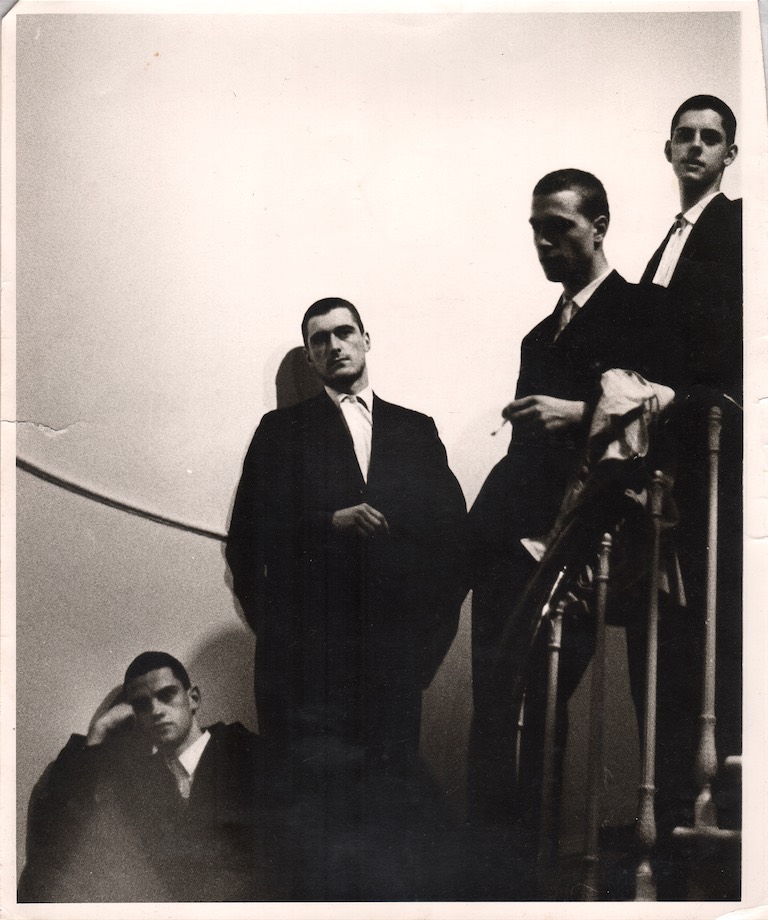 “We saw no distinction between hi and so called low culture, and embraced any platform to present our work,” explains Mott. This includes creating visuals for The Labour Party and Swatch watches, featuring in works by Gilbert and George and Derek Jarman, modelling for Yohji Yamamoto and, arriving in New York as émigrés post-Cork Street Attack – while gaining representation by the East Village’s Civilian Warfare Gallery – designing De La Soul’s Three Feet High and Rising, a vital record in then-burgeoning hip hop culture. 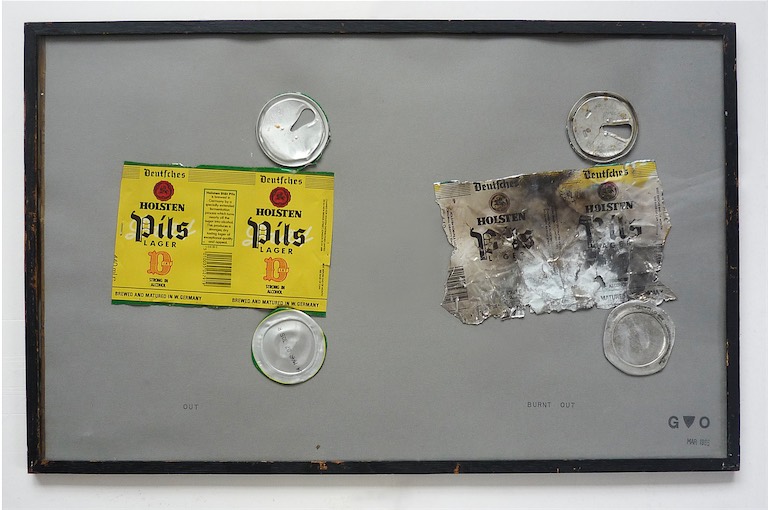 “Today these collaborations are PR driven,” continues Mott, “as opposed to ours, which were rooted in relationships where there was a shared creative concern and engagement of culture.”

Early Grey Organisation films were shown at institutions including The London Filmmakers Co-op, Edinburgh Film Festival, the Tate, and the ICA. While later film/video works were carried by Printed Matter in NY, with commercial work broadcast on MTV. 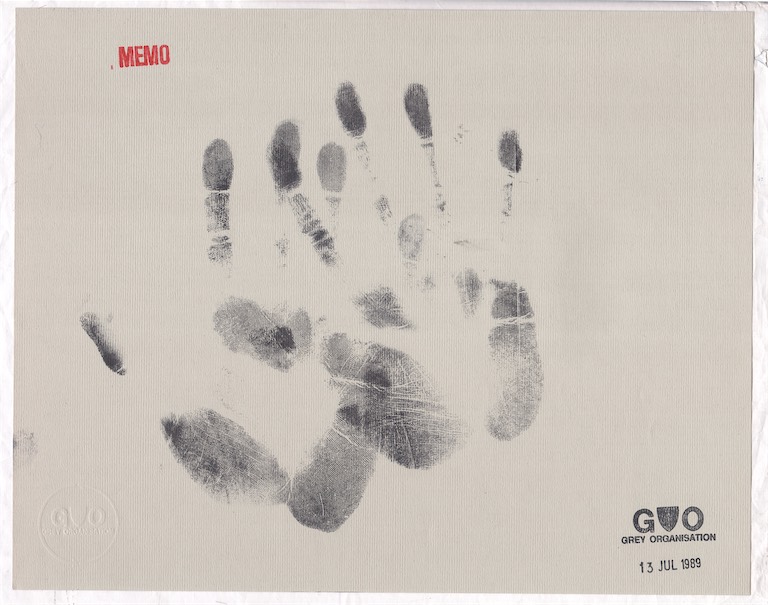 How does it feel to be back at Cork Street, on the other side of the glass?

“What took them so long?,” jabs Mott. “At this point in my life, being embraced by the ‘art establishment’ is fitting and correct. With hindsight, the Cork Street attack was necessary and important. At the time, we weren’t entirely sure the consequences but I think everybody who looks at it now understands the canon of artistic intervention and performance.”

Curated by William Ling, this exhibition of a group of artists who refused to be rejected, disenfranchised, marginalised and ignored, also brings a stellar duo of talks: Structural Hierarchy in British Culture and Direction Action versus Online Activism, featuring Mott conversing with Peter York, and Neal Brown and Stuart Home.