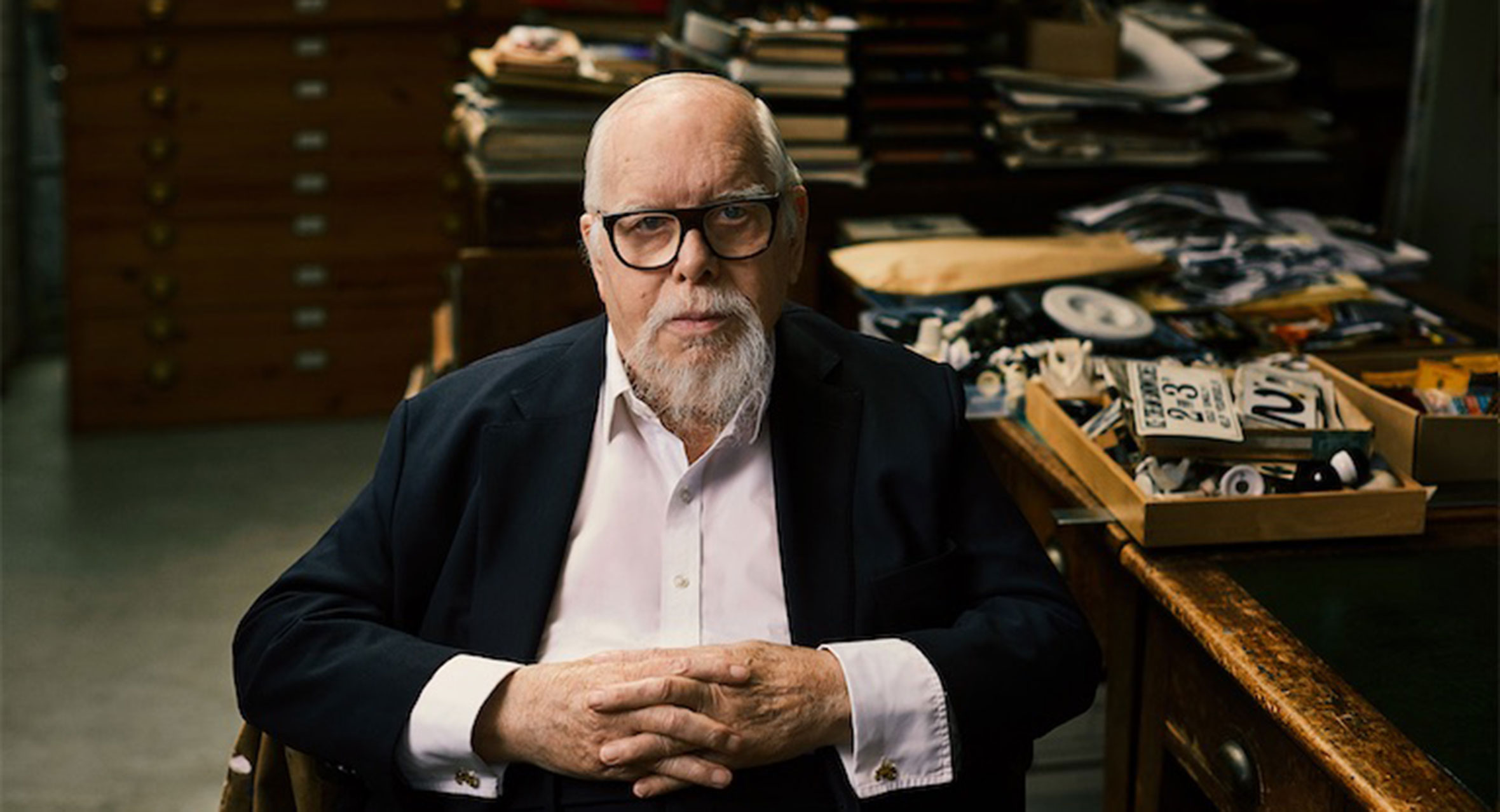 Peter Blake: Under Milk Wood, a play by Dylan Thomas is at Waddington Custot from 11 June–23 July 2022. Photo: Jonathan Donovan

Peter Blake: Under Milk Wood, a play by Dylan Thomas

Peter Blake’s opus Under Milk Wood, a play by Dylan Thomas, arrives at Cork Street in a dedicated space. The series of over 170 watercolours, collages and drawings illustrates the Welsh poet’s landmark 1953 play for voices.

Unveiled at the National Museum of Wales in 2013 to mark the centenary of Thomas’ birth, this special Mayfair exhibition, presented by Waddington Custot, coincides with Blake’s 90th birthday and marks the project’s first viewing outside Cymru, debuting a number of new additions as the artist has continued working on the series. 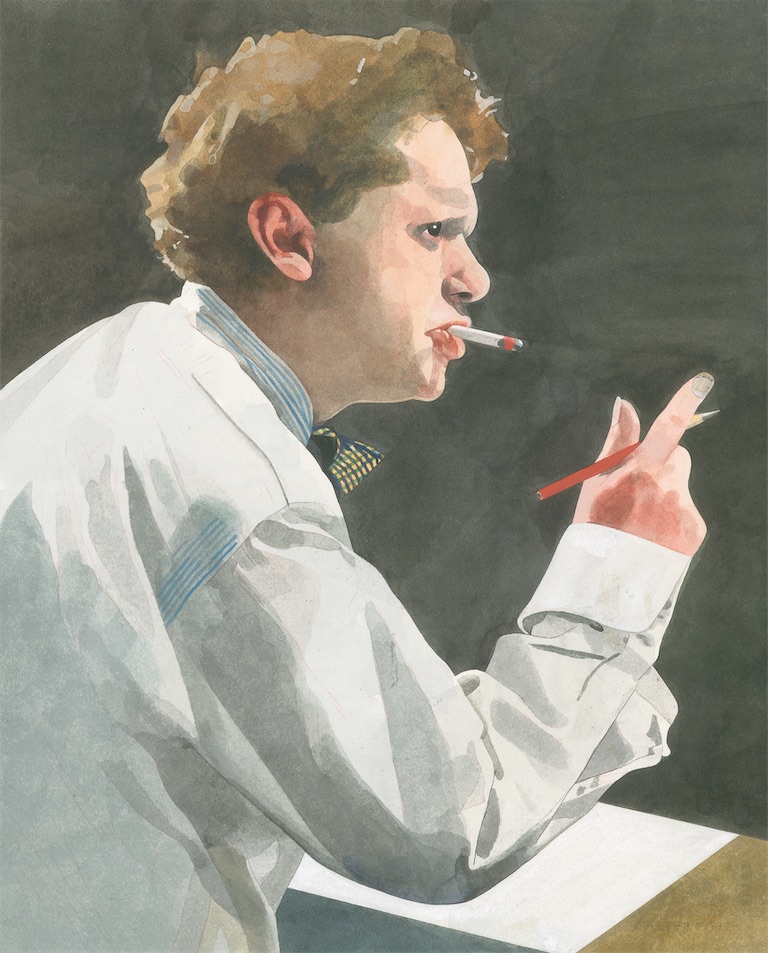 Regarded as a classic and recognised as definitive, the 1954 radio recording of Under Milk Wood, Thomas’s most famous work, features a captivating performance from Richard Burton, one of Wales’ – and dramatic art’s – great voices.

Blake heard the BBC broadcast while a young student at the Royal College of Art. But it was a quarter of a century later, in 1979, that the idea of creating a visual identity developed, after being given a copy of the recording to listen to while working in his studio.

Abandoned and returned to multiple times – such is the scale of the project – it was embarked on in earnest in the 1990s. 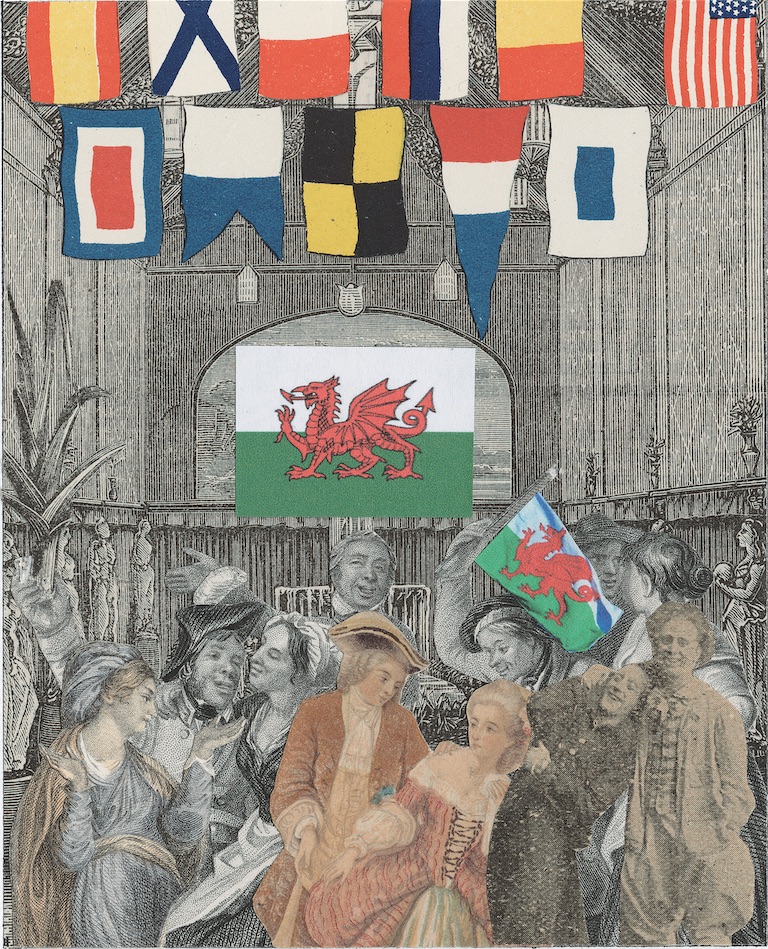 Under Milk Wood tells the surreal story of the dreams and innermost thoughts of the inhabitants of a mythical Welsh seaside town called Llareggub (for Thomas’ humour, read the name backwards). All is ‘strangely simple and simply strange’ as dawn breaks and we are first introduced to characters such as Captain Cat, Nogood Boyo and Polly Garter through their visceral dreams, before following them around their interwoven lives over the course of one day. Maintaining the sequence of the play, Blake divides his work into three distinct sections: brightly-coloured watercolours of the characters’ dreams, collages which capture scenes and snippets of text from the play and portraits of each character rendered in hard pencil. Later watercolours, added to the series after Blake imposed his ‘artificial deadline’ on the project in 2013, capture new scenes and moments from the play.

Blake began by first working on the dreams that open the play, which are variably surreal, lusty, meandering and absurd. Deeply rich in their imagery, they are transportive to the innermost thoughts of the characters: Captain Cat is visited by five drowned men who imagine life on land and the people they have left behind in Llareggub; Mr Utah Watkins imagines a sheep with the head of his wife, ‘smiling and knitting and bleating’ as they leap the fences on the hill; Mrs Willy Nilly dreams she is being spanked by her teacher for being late to school. The surrealism of the language encouraged Blake to depict the passages as literally as possible in these 26 works. Where Thomas writes ‘Mrs Rose Cottage’s eldest, Mae, peels off her pink and white skin, in a furnace, in a cave, in a waterfall in a wood and waits there’, Blake paints exactly that, carefully layering the imagery. “When he wrote those sequences, I don’t imagine he ever thought of it visually, he would have thought of it as words,” Blake says of Thomas. “So I really enjoyed making something that was never intended to be visual, visual.”

The second section of the exhibition illustrates specific passages of the text through a variety of media including collage and photographs. Some passages, such as a long list of items that wash up onto a beach, took Blake years to depict as he painstakingly sourced the images that make up the collage. Much of the photography was taken by Blake himself in 1986 on a visit to Laugharne in Carmarthenshire, the town synonymous with Thomas where he lived during his final four years. (It is generally regarded as the inspiration for Under Milk Wood.) During this visit Blake coincidentally met Dylan Thomas’ widow Caitlin, who was on her first trip back to the town since the poet’s death. 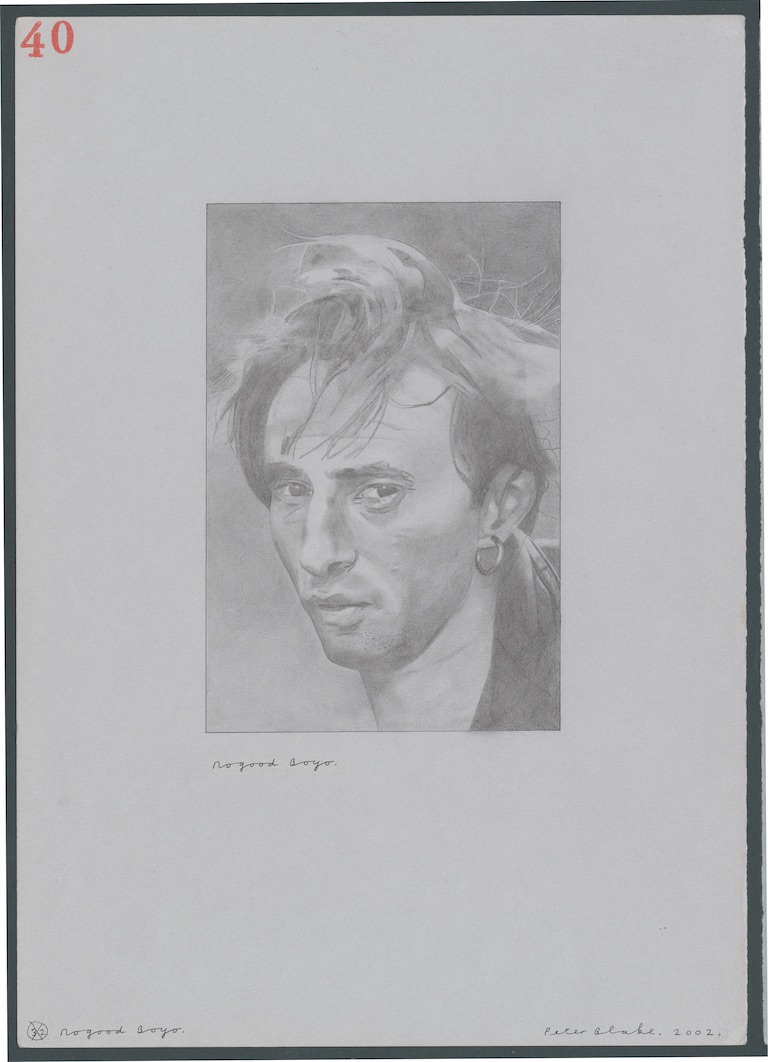 The third section of the exhibition displays 60 pencil-drawn portraits of every character mentioned in the text. Each portrait is a ‘drawn collage’ based on a real person, or people; Blake believes that a face cannot be invented. For example, Elizabeth Taylor appears as Rosie Probert, as she does in the 1972 BBC film adaptation of the text. Waldo’s wife uncannily resembles Terry Wogan with long hair, and Mrs Willy Nilly has a similarity to the author Margaret Atwood. While others are composites of different features: Blake has given Captain Cat his own beard.

The exhibition’s dedicated, temporary space is Waddington Custot’s third site on the street, and continues an historic pattern. First opening as Waddington Galleries at 2 Cork Street in 1958, by the end of the 80s it occupied as many as five different premises on Cork Street.