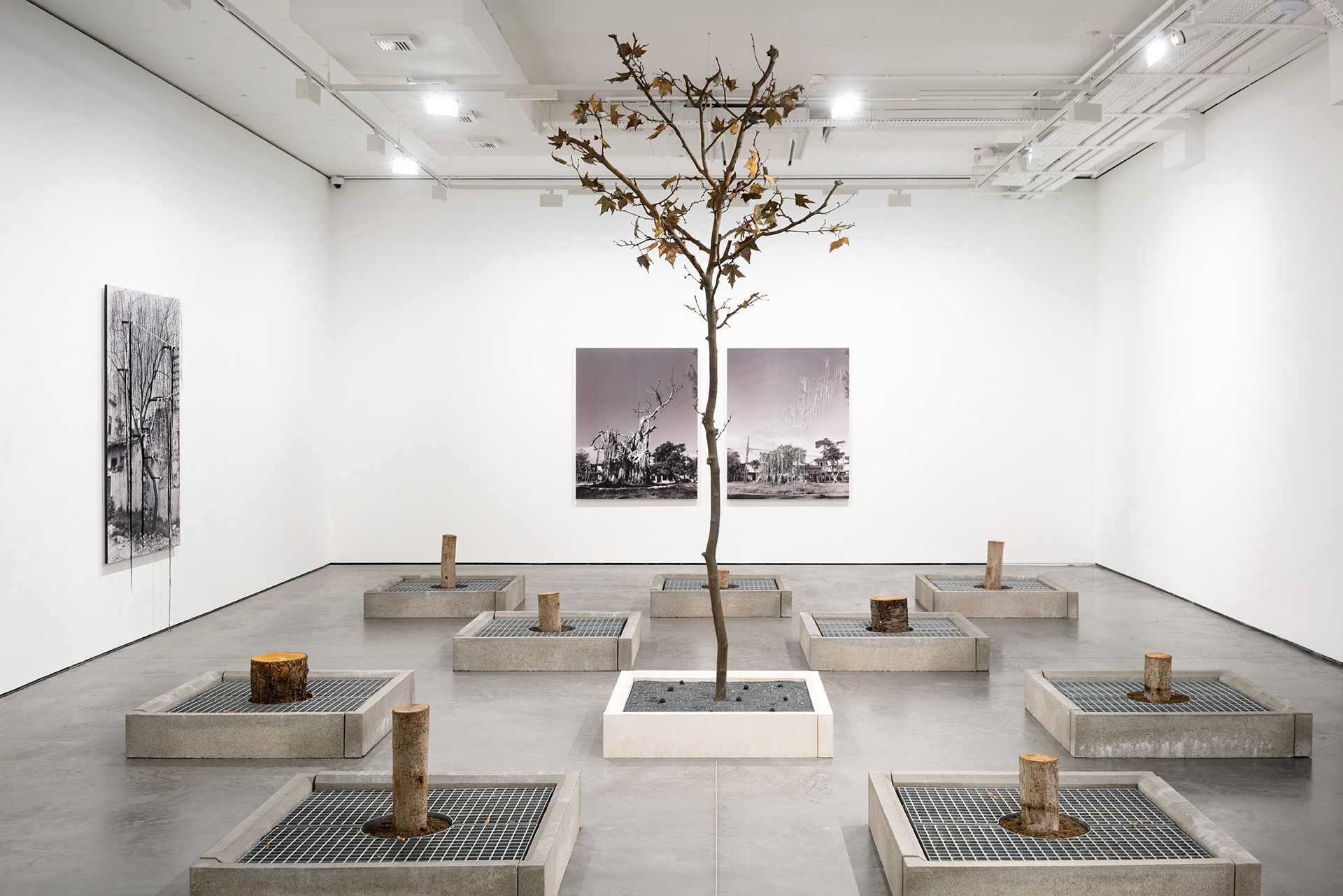 After an unprecedented year of lockdowns, Cork Street relishes the return of visitors to its hub this summer. The galleries are thrilled to present art in real life once more, allowing impromptu dialogues and the unparalleled sensory nuance of being present.

Fittingly, the Summer 2021 programme feels something celebratory, made of highly ambitious and captivating exhibitions, featuring energising international voices and a number of museum-loans.

Cork Street lies at the centre of the highest concentration of galleries in London and remains the spiritual and cultural home of the global art world, launching the careers of some of the greatest artists of our time. 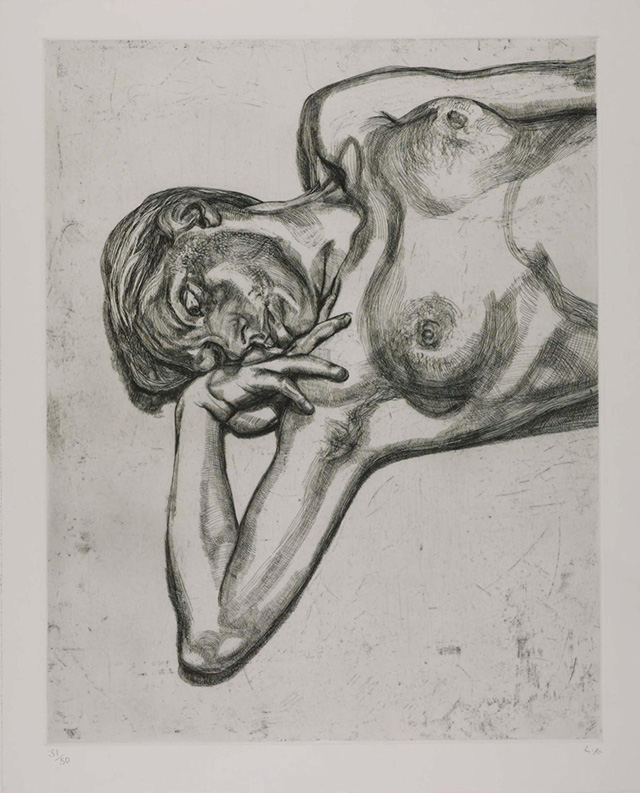 Browse & Darby (19 Cork Street) continues with Three Etchings by Lucian Freud, a unique display where large-scale nudes of model Sophie de Stempel are collected alongside their original etching plates, which have never been shown in public before. The works relate closely to the paintings the artist – a titan of the 20th Century and one of Britain’s most all-time formidable – was embarking on at the time. Until 10 September.

Flowers Gallery (21 Cork Street) presents Prismatic Minds, an exhibition looking at highly stylised visual languages featuring repeated figures and characters. Curated by Jennifer Lauren Gallery director Jeniffer Gilbert and actor, writer, and co-presenter of art podcast Talk Art Russell Tovey, the show brings together six international artists who are mainly self-taught, each with their own distinct style.
The show promises a new discourse on the act of repetition – each artist’s relationship with their character spans many years –  and the desire to surround oneself with others, real or imagined. The latter something we’ve all developed thoughts on throughout the past fifteen or sixteen months. Until 28 August. 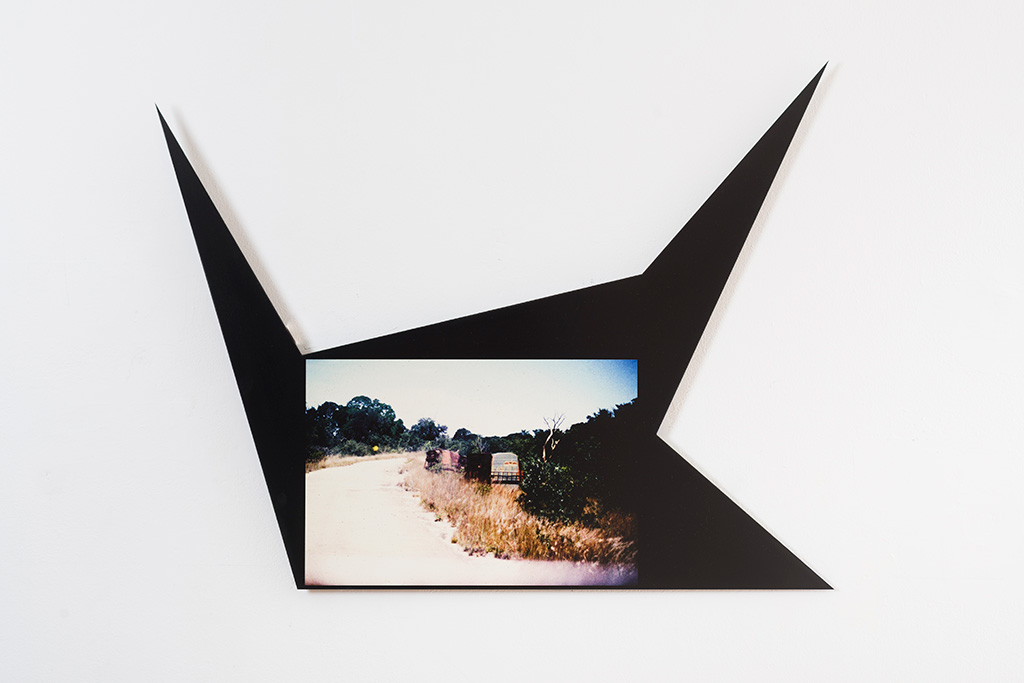 Goodman Gallery (26 Cork Street) presents Scratched Surfaces, as Diamond against Crystal, Carlos Garaicoa’s first at the London gallery. Garaicoa, whose work addresses issues of culture and politics with a reflexive lens into architecture, urbanism and history, is one of Cuba’s most significant contemporary artists, with a history of repeated biennale participations, in the cities of Havana, São Paulo and Venice.

Scratched Surfaces, as Diamond against Crystal, is a reconsideration of fragments of architecture, the debris of history, forgotten traumas and accepted ideologies. For Garaicoa, the examination of the built environment is crucial as it allows a reflection not only of the past, but of the future as well.

The exhibition includes the project Memorias Intimas Marcas/ Intimate Memories: Marks which was initiated in 1996. As well a new major project co-commissioned with DIDAC Art Foundation in Santiago (Spain), Línea rota de horizonte/ Broken Line of Horizon (2021) exhibited for the first time in the UK. Until 31 July.

Holtermann Fine Art (30 Cork Street) continues with Shared Sculptures, a collaboration between Bill Woodrow and Richard Deacon. The artists have been making ‘shared sculptures’ together for more than thirty years, realising over sixty since 1990. Often playful, and in surprising directions from each individual artists’ practice, the exhibition is the first to showcase works made throughout this period. Until 24 July.

Lisson Gallery (22 Cork Street) continues with Shirazeh Houshiary: Pneuma, a new body of work and the first presentation in 15 years to focus on her paintings. Houshiary’s debut at Cork Street shows works that arise from a meditative practice taking breath as its medium and conceptual framework. Inhabiting her canvases, which are placed flat on the floor of her studio, the artist moves across them, building layers of inscriptions on top of the sediments formed from pouring water mixed with pure pigment. Mind and body unify in surfaces taut with a connective energy and mesmerising suspension. Until 31 July.

Messums London (28 Cork Street) presents Tuesday Riddell’s second solo show with the gallery, exploring the web of interconnectedness that joins flora and fauna in the commerce of life and death. Riddell is one of very few artists who work with Japanning, a form of lacquer work brought to Britain in the 17th century having been developed in Europe to meet the rising demand for Asian lacquer wear. An extraordinarily laborious process, each panel has between 25 to 30 layers of lacquer, embedded with gold and silver leaf and mother of pearl. Measuring over two metres, a monumental nine-panel work is the exhibition’s centrepiece. Until 13 August.

Nahmad Projects (2 Cork Street) presents Gertrude Stein: a rose is a rose is a rose, an homage to the iconic author’s role as patron, critic, and friend to the creative pioneers who paved the way to modernism in the twentieth century. 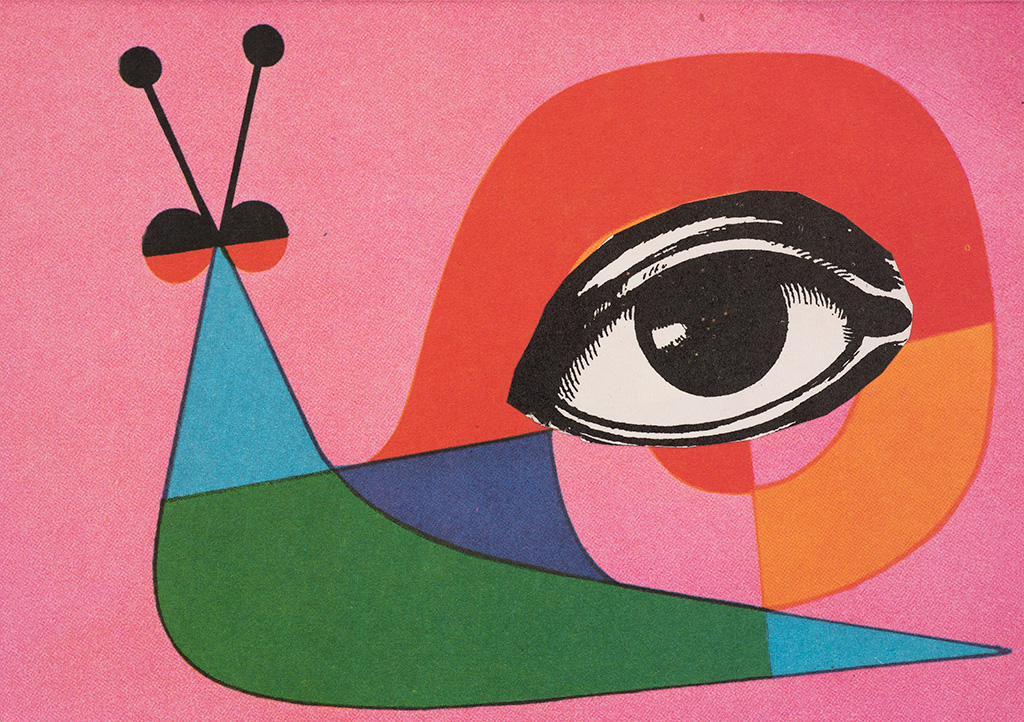 The Redfern Gallery (20 Cork Street) continues with Eileen Agar: Another Look  celebrating this year’s major Eileen Agar retrospective at the Whitechapel Gallery. Inviting five contemporary artists – Linder; Lucy Stein; Florence Hutchings; Nadia Hebson; Olivia Fraser – to respond to Agar’s work, the display confirms Agar’s place as one of the most spirited, intriguing, and prolific artists of her generation, whilst offering a new perspective on her practice by exhibiting her work alongside contemporary art. Be sure to pick up the accompanying catalogue, which includes an essay by Hettie Judah. Until 10 September.

Saatchi Yates (6 Cork Street) continues with Tesfaye Urgessa. Hailing from Addis Ababa, Urgessa connects Ethiopian iconography, German Neo-expressionism from the 1980s and a deep fascination with traditional figurative painting, to create a unique and striking language. The artist lives and works in Germany, having previously studied under modern master Tadesse Mesfin in Ethiopia, before graduating from Stuttgart’s Staatlichen Akademie. Until 25 August. 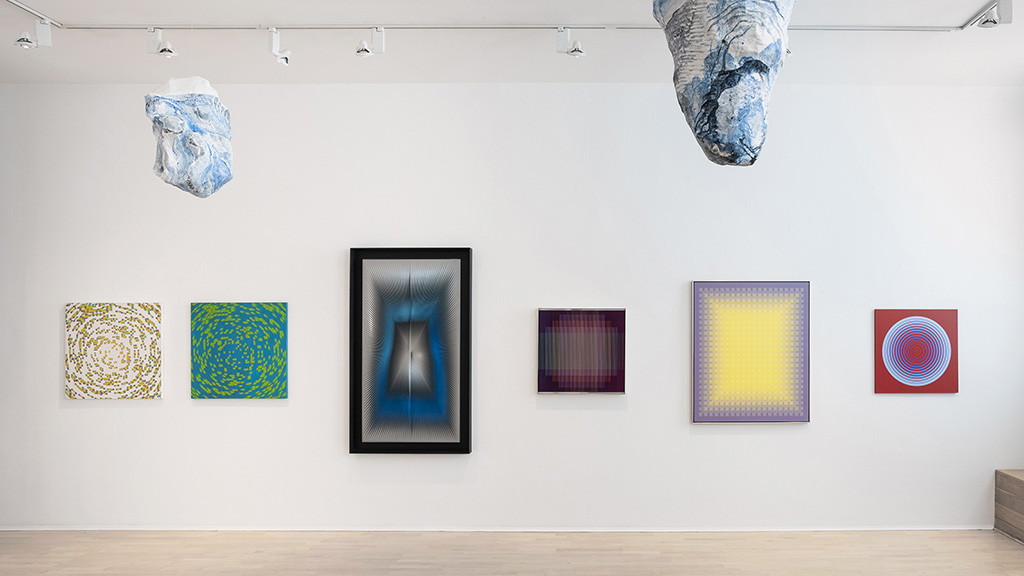 The Mayor Gallery (21 Cork Street, 1st floor) continues with In Real Life. After months of URL living, The Mayor Gallery’s summer exhibition focuses on IRL sensations, curating 35 works by artists from 12 different countries, each renowned for their research on texture, colours, light, optical challenges or kinetic works, from the 1950s to present. Until 30 July.